They say change is the only constant in the universe. I can attest to that......Its been over a year since my last blog post. I have a million excuses; none of which I am going to burden you with. Suffice it to say THINGS CHANGE.

When I first moved to Oregon I could hear my friends voice in my head asking me in no uncertain terms, what the hell I was gonna do with myself in Oregon after such a great run on the North Shore of Kauai. I mean after all I owned one of the premier Bed and Breakfasts on the island, ran several radio shows on the local station , had a monthly column in the islands newspaper, and painted and sold my original oil paintings. I was a moderately big fish in a very small pond. Heading to the mainland would be a sizable downgrade in lifestyle. I had been self employed for so long the mere idea of getting a “JOB” was abhorrent and psychically unappealing. I was spoiled. I surfed, fished, snorkeled, and played for a living. The only sure thing I knew heading east to the southern part of Oregon was that I had lived on a postage stamp of land for so long I wanted my next house to have acreage and a barn.

After a few months renting I found what I was looking for. Two acres of irrigated land tucked away in a valley close to town. It was idyllic in a rustic charming kind of way. Old house, but serviceable. A bit of a fixer upper but it sat on an old raspberry farm. Rows and rows of huge red raspberries flourished in the lower front field. There were plums, 2 kinds of cherries, peaches, and strawberries. By god I was gonna be a gentlemen farmer. Yeah, right.

I plunged into it with all the vigor I had. I put in drip lines, planted hundreds more plants of gold, red, and purple raspberries. I dug up fresh hills and planted blueberries, strawberries, marionberries,. We grew our own food! Tomatoes, pumpkins, onions, peas, lettuces, radishes, carrots, and everything you could think of grew like crazy. For the first couple years it was just a golden time on the farm. The immediate dilemma was what the hell do I do with all these damn berries. I taught myself to make preserves and got a farmers market permit. On a whim I started making a few chocolate truffles from the raspberries and selling those at the market as well. Lets fast forward 13 + years to where we are now. Busy selling chocolate worldwide.That was a good idea, as you can see.

2015 has been a tumultuous year though. There were many factors involved including the loss of Belle's mom, Polly. Her steadfast love and demeanor was an inspiration to us all; our daughter Lillie especially. Her 3 year battle against cancer ended on Memorial Day. Polly was the epitome of grace right to the end and her loss laid a heavy hand on the entire family. The last 7 months went by in a flash and yet seemed to take forever. Combine that with my 2 year remodeling project to finally put the farm up for sale and you can see why I haven't written in awhile.

The remodeling project was fruitful however...... 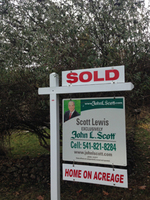 We sold the farm in November. The original spot where I made my first chocolates that started this whole ball rolling. If you told me 14 years ago that I would take the berries from my farm and turn them into a globally recognized premium chocolate brand I would have laughed at you like you were high. But this did happen. The sweat equity I laid into that land was worth it. But..... things change.

Somewhere along the way we no longer wanted to live there. The house was small.The bedrooms were tiny. The wells would freeze. The septic would fail. The electrical was questionable. The floors tilted.  During that first 10 years I spent soooooo much time digging into the soil, amending nutrients, pruning canes, repairing drip lines and installing irrigation. None of those little/big things mattered. I was in a heaven of my own design. Watching my hard work flourish and blossom and become a living, breathing experiment in organic bio-diversity.

Eeeew....did I just write that? Snap out of it man!

This was a long time coming. We spent our time on the farm growing our lives as much as our food and eventually the chocolate took over and I slowly turned the water off; field by field allowing the berries to disappear patch by patch. I just didn't have time to farm it anymore. A few years ago I turned to some friends I had met back in the farmers market day and asked them to grow berries for me. They certainly were happy to do that. They are still local, they are still organic. Chocolate  is still the all consuming passion. Its a 24/7 365 job and I still dig it.

So, things change. Lillie is in her final year of high school and scouting colleges. Belle is traveling the state creating and implementing public health initiatives. I am still creating chocolate and managing this chaotic and wonderful company. We now have a newer more modern dwelling with an actual honest to god heating system and sewer connection.

We needed this change to renew ourselves and focus on the next chapter because if there is one thing this last year of laughter, tears and love has taught us in every way it possibly could: